Like many others, I experience what it feels like to be deeply moved, when I hear Dr. Martin Luther King’s “I Have a Dream” speech.

I am aware of the swelling of my heart, the tingle in my neck, the way my hands warm; my heart speeds up; the way my ears resonate with, and my mind literally tries to wrap itself around his beautiful descriptive words; the way I straighten, lift my head and stand a little taller. I notice the way my eyes brim with moisture, signs of the sacredness I feel to behold his words; the way my heart aches with compassion in the recognition of all who have been discriminated against or worse, that he has taken upon himself to stand up for. These are but some of the ways I feel ‘moved’ in my body.

In my mind’s eye, I go easily with all of his visualizations. I love the cadence of his speech-song and the accompanying music of the murmurs and praises of the crowd surrounding him. I feel the shiver of goosebumps when the warm breeze of his speech contacts my skin. I feel a fullness and an uplifting when he shares his messages of hope; of freedom. I feel the beautiful and often difficult-to-hold balance of tenderness and strength in the very same moment. I notice my breath skips ever so slightly; my soul is literally stirred; I tremble to hear Martin Luther King’s “I Have a Dream” speech.

Of late, I have also noticed how mindful he was (or is – in the way his words are still present and ever meaningful in today’s world). His words of nonviolence, in response to even being faced with extreme bigotry and racism, have the impact of actually being empowering and strengthening. He demonstrates different ways of expressing power without wielding a big stick and beating others down. He reflects the practice in Mindfulness where one learns to bear the unbearable, without running away or over- reacting.

He acknowledged what was present – what was happening around him and to him. He was deeply aware of his own feeling and found ways (like Meryl Streep and Carrie Fisher have said,) to ” take that broken heart and turn it into art”. He allowed those terrible feelings to be. He got to know them very well, shared them with others and really grappled with them. I am sure on his way to embracing the principles of nonviolence, that he faced and owned his own potentially violent impulses within, those that would be a natural response to the mistreatment and degradation he had experienced. He was able to regulate his own emotional response. He did not let those feelings of hurt and alienation to overwhelm him, or control his actions, or corrode his heart, but instead to guide him to articulate in a thoughtful (mindful) powerful way, words of compassion, hope, solidarity, and peaceful resistance.

He encouraged his people to not commit wrongful deeds on the basis of their own bitterness and victimization, but to act with dignity – “to meet physical force with soul force”; and to recognize how each person’s destiny was intricately tied up with that of the others’. The others’ freedom was connected to his people’s freedom; which he indicated, was also connected to their own internal freedom (from hatred, violence, bigotry).

He recognized the importance of engaging in the struggle together – saying no one could do it alone. Dr. Martin Luther King also exhibited the courage that comes from mindfully looking within, at the pains and sufferings of his own broken heart; as well as at the shards of his own tyrannical heart, who’s first impulse must have been to be destructive in reaction; but with pause and reflection, ended up being creative and cohesive instead. He was definitely a model of mindfully facing the most difficult challenges of
life…

As I listened to Barack Obama’s farewell speech, I was again impressed with this leader’s mindfulness and decency that comes through, despite facing the current bigotry and hatred. He promotes the mindful principles of equanimity and equality – embracing all and not just some. He lives with intention, and his genuine intention is to make people’s lives better.

He invoked Atticus Finch’s “You never really understand a person until you consider things from his point of view… Until you climb inside of his skin and walk around in it,” – offering the suggestion to develop compassion, and to pay attention to those we have ignored or seen as our enemy. This is another important practice in mindfulness. Obama acknowledged that to be divisive around race, gender, religion, country of origin, etc., only ends up hurting us all and our children – even more than hurting our enemy – something we all know but all too often don’t heed in our practice of human relationships.

Barack Obama encouraged us all – as citizens (what he called the highest seat in the land) – to pay attention and listen – to ourselves within; and to those with whom we struggle without. This is a basic part of Mindfulness practice – paying attention to the present moment without judgement.

He even asked us to be courageous and consider the possibility that each of our fellow citizens loves this country as much as we do; and values their family and work as we do; and has suffered or struggled, also as we have. He urged us to hold onto and stay connected to our values, being the best way to not be defeated by internal or external threats.

I was deeply moved to witness every time that President Obama met with victims of tragedies – either human made or nature made – during his time in office (and sadly there were so many) and was able to openly share his grief and present his compassion to them.

Thank you Barack, for having the courage to be a mindful president and for the dignity you have shared throughout – even or especially during times of rejection, dismissal, bigotry, invalidation, resistance, bullying.

May the new president become a little more mindful, by virtue of being surrounded by the environment you created living in the White House; and may he know and grapple with the impact of his words and actions. May he be the recipient of some healing around the wounds that have destroyed his natural human compassion, and may such healing make it possible for him to find and share his own compassion with others. May he know that the power and impact of his words can last 50 + years, and may the awareness of that help him to consider those words carefully and mindfully. May he know that the world is a better place when its inhabitants are mindful…

…Longing for mindful leaders and peace in the new year… 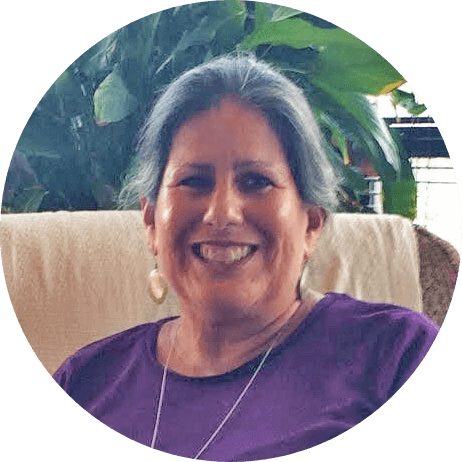